Living in the Season Before You

I went to a local grocery store a couple weeks ago just looking for a case of Pepsi for our elders meeting that night. Pretty quickly, I found what I needed and headed for the self-checkout. As I was going through the scanning process, I noticed an employee by herself by a little kiosk, just standing there. Not really knowing what her job was, I asked how she was doing.

“Ahhh, not very good. But whatever” was her response. Recognizing that this conversation could take a turn where I was listening to a five-to-ten-minute rant, I thought to myself, “Don’t ask another question. Just get done and leave. Get out while you can. Don’t do it!”

Well, I did it. I told her that maybe the rest of the night would be better. She said, “I don’t think so. For 43 years I’ve been putting up with this.”

That was my cue. I told her that I hoped things would get better, said goodbye, and quickly left for the exit.

In Ecclesiastes 3:1, the author says,

"There is a time for everything, and a season for every activity under heaven."

He goes on in the following verses to put an emphasis on time. “There is a time to be born and a time to die. A time to plant and a time to uproot. A time to search and a time to give up.” In these verses, he is not talking about a life apart from God. He is reminding us that it is God who makes everything happen in His time. All events are in the hands of God. The author is making a clear reference to a life lived in relationship with God.

As I walked away from that brief conversation, God directed me to a profound truth.

Tall order? Absolutely. A work in progress for sure. God is the God of time, and He is in control of each day, challenging us to be present and engaged in each one He gives us. Psalm 118:24 says, “This is the day the Lord has made; let us rejoice and be glad in it.” 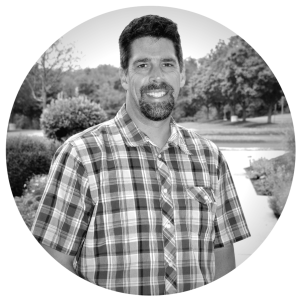 One of Brian’s greatest passions in the position of lead pastor is to see the glory of Jesus displayed through His people.