One of the things I love the most about the Bible is how you can read the same thing a hundred times and get something new out of it almost every single time. How many other books in history can claim that?! And yet, even knowing this is the case, I’m still amazed every time it happens.  It happened again to me this past Easter season.

If you’ve grown up in church like I have, the Easter story becomes as familiar as breathing to you. Let’s be honest, that’s a good thing because it is, after all, the greatest story ever told! I mean, who could ever get enough of hearing how God left heaven to take on flesh, lived a sinless life, and willfully took on the sins of the entire world. Then he allowed himself to put death on a cross and buried in a tomb, only to rise from the dead 3 days later conquering sin and death forever and making a way for all to enter eternal life in heaven! I mean, what an awesome story!

Familiarity however can sometimes cause us to overlook things or lose our sense of wonder, until something opens our eyes to its magnificence all over again.

This is what happened for me this year at Easter when I read again the account of Jesus standing before Pontios Pilate. He had been dragged there by the Jews after being accused of blasphemy, since he claimed to be the Son of God. This upset the Jewish leaders so much they wanted him killed, but only the Roman governor could issue such a decree. After spending some time talking with Jesus, Pilate came away finding no reason to kill him and simply assumed the Jewish leaders were jealous of his popularity with the people.

So, he came up with the perfect plan to release Jesus and keep his own popularity with the people. Each year he would release to them on prisoner.  The solution was simple: offer the choice between Jesus and a murderer named Barabbas. Surely, they would have to choose Jesus if offered such a choice.

As I read the story again, I found myself thinking the same thing even knowing the outcome. Yet, when offered the choice, the people led by the Jewish leaders screamed for Barabbas instead of Jesus. I found myself once again thinking, “How could anyone in their right mind, choose Barabbas over Jesus! How foolish would you have to be?”

It was then that the Holy Spirit opened my eyes to something I had never thought of before. I could feel him say to me, “You make that same choice almost every single day!”

I was crushed because I realized He was right. Each day I make decisions that go against God.  I choose my desires over Jesus! Each day I’m offered the choice to follow Jesus or follow my own sinful desires.  James 1:14-15 says, “But each person is tempted when they are dragged away by their own evil desire and enticed. Then after desire has conceived, it gives birth to sin; and sin when it is full-grown, gives birth to death.” And more often then I’m comfortable with, my desires have me screaming the name of Barabbas instead of Jesus, which leads to my spiritual death.

So, you and I have to decide each day if we are going to choose Barabbas or Jesus. Choosing one leads to death. Choosing the other leads to abundant life now and eternally. Take heart because Jesus’ death means He already has taken the penalty for our sin and He covers the days we make wrong choice with His matchless grace and mercy.

May that realization only further motivate us to choose Jesus each and every day. 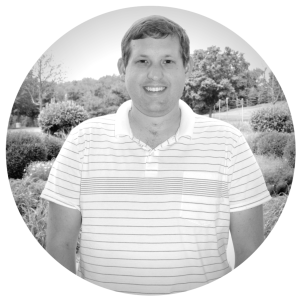